Anyone visiting Sydney's CBD on New Year's Eve will be required to carry a permit as the government eases restrictions for the festive season.

Up to 3,000 people will be allowed to gather outside in NSW in a move to accommodate New Year's Eve celebrations.

Premier Gladys Berejiklian said a swathe of rules will be relaxed so people can arrange their Christmas and New Year's Eve celebrations.

"This can only work if all of us stick together and do the right thing," she told reporters on Thursday.

She was speaking as NSW Health announced a 12th straight day of zero local COVID-19 cases in the state.

"Even though we're easing these restrictions as one-offs, it doesn't reduce how contagious the virus is or how concerned we might be if suddenly an outbreak consumed a large number of people in a particular location," she said.

Zero cases of community transmission in NSW for the twelfth day in a row! Thank you for the 20160 people who got tested to 8pm last night. Getting tested if you have any flu or cold like symptoms is crucial in a one in one hundred year pandemic! @NSWHealth

A new public health order would apply for New Year's Eve allowing 3,000 people to gather outside in a quarantined or cordoned off space, allowing for one person per square metre.

Anyone wanting to go to the CBD on New Year's Eve to attend an event, dine at a restaurant or visit friends and family in designated zones around Circular Quay and North Sydney will need a permit from Service NSW.

Premium harbourside locations such as the Sydney Opera House, Mrs Macquarie's Point and Campbell's Cove would be reserved for the state's frontline workers.

A New Year's Eve concert would be broadcast and Ms Berejiklian stressed that numbers allowed in the CBD would be tightly controlled and no one would be able to roam freely around the city. 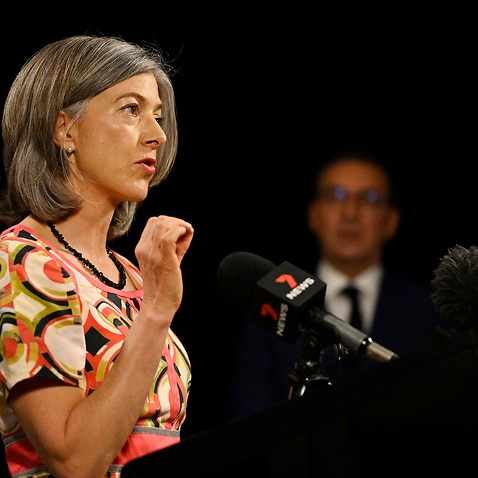 One person per two square metres will apply at events with allocated seating, while the four-square-metre rule will apply to picnickers on rugs.

From Monday, choirs of up to 30 people will be allowed to sing outside and the audience or congregation may participate in the singing, but anyone 12 years or older must wear a mask.

From December, 300 people will be allowed at funerals, bringing them in line with the number allowed at weddings and corporate functions, while from Monday 500 people would be allowed at outdoor church services.

Ms Berejiklian said she was also considering increasing the 20-person limit on visitors allowed in homes. 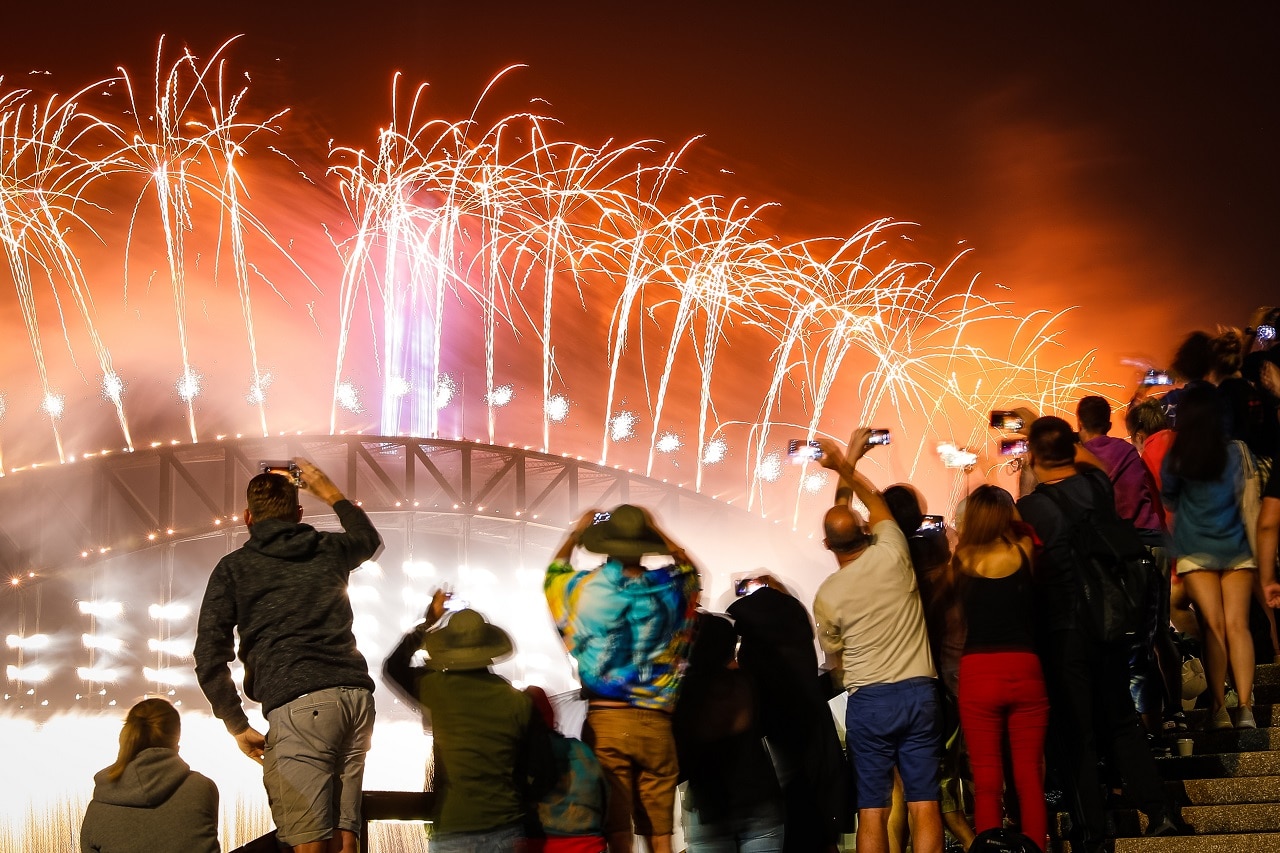 Fireworks explode over the Sydney Harbour Bridge and Sydney Opera House in 2020.
Getty

NSW Health said there had been five COVID-19 cases reported in returned travellers in hotel quarantine in 20,160 tests in the 24-hours to 8pm on Wednesday.

It is asking people coming to NSW from South Australia, by whatever mode of transport, to complete a declaration form to check if they have visited any of the venues of concern identified by the SA authorities and provide contact details.

This also applies to people who have been in SA in the past 14 days. Anyone who has been in SA since November 6 should regularly monitor the SA Health alert page for venues of concern. 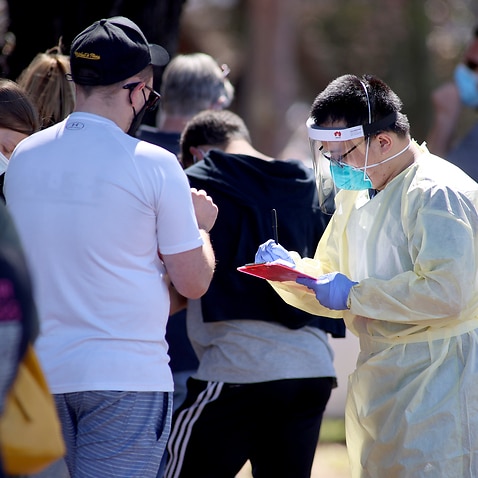 They must immediately self-isolate if they have been to any venues where this is advised, and get tested if even the mildest of symptoms appear.

Travellers who are not NSW residents who had visited any of those venues won't be permitted to travel to NSW until the 14-day period has elapsed.

Non-residents wishing to transit through NSW would be allowed provided they take the most direct route and do so in a way that poses no risk to others.

NSW Health continues to advise NSW residents to defer non-essential travel to Adelaide while it deals with a COVID-19 outbreak.

People in Australia must stay at least 1.5 metres away from others. Check your jurisdiction's restrictions on gathering limits.

If you are experiencing cold or flu symptoms, stay home and arrange a test by calling your doctor or contact the Coronavirus Health Information Hotline on 1800 020 080. News and information is available in 63 languages at https://sbs.com.au/coronavirus

Coronavirus vaccinations will be mandatory to board Qantas flights, CEO Alan Joyce says

For the first time, Pope Francis refers to China's Muslim Uighurs as persecuted